yup... it's REALLY him... the man that wrote the Pipettes best tunes has teamed up with the Archbishop, and that laugh is INCREDIBLE... keep an eye on what Bobby's up to with his Little Orchestra here... 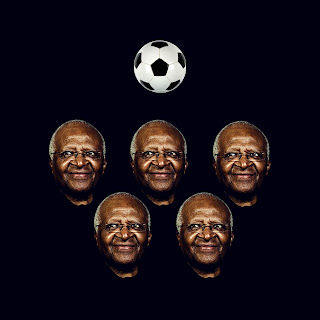 "I was always the worst football player in my school. And I mean that quite literally. When I was in year 11, there was still no-one in year 7 who was worse than me at football. When it came to picking teams, not only was I last to be picked, but the team then forced to pick me by dint of there being no-one else to pick, generally argued vociferously that they would rather be a man down than suffer such a handicap of having me on their team.
One day, however, our PE teacher devised a variant on the normal rules of football intended to develop tackling skills, wherein one could score points not only for getting the ball in the back of the net, but also for successfully completed tackles. I realised quite quickly that the easiest way to win this game would be to score one goal as early as possible and then avoid the ball like the plague for the rest of the game: play very defensively and as soon as the ball comes near you, just get rid of it --fast! I tried to impart this wisdom to my team mates but unfortunately nobody on my team would listen to me as they knew only too well that I was the worst football player in the whole school.
We lost that game. But our PE teacher did admit afterwards that I was right and that, had my team listened to my advice, we would indeed have won easily. Back then, being right was a lot more important than actually winning the game."