We start the second half of the album with the Vatican Cellars, gentrified chamber pop, like a Stephen Duffy/ Nick Drake/ Hastings off Poirot SUPER GROUP... MARVEL at their fencing skillz in the video too! 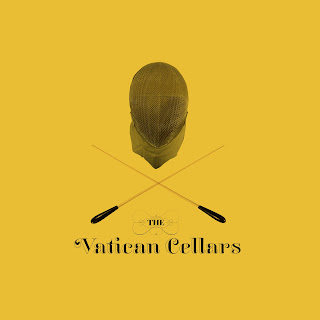 "If sport is generally considered to be a metaphor for combat, fencing dispenses with any need for analogy; only a plastic button separating contest from murder. And however much you may want to return a tennis ball, attempting to deflect a steel blade heading straight for your solar-plexus will tend to keep the mind focussed. A Palpable Hit is a slightly melodramatic exploration of this most European of martial arts."
Posted by wiaiwya at 04:00