Hacia Dos Veranos - The Way Of The Hand And The Foot

Hacia Dos Veranos remain the world's most enigmatic and charasmatic band by following their Hangover Lounge release The Cat & Cucumber, about a cafe in Bermondsey, with The Way Of The Hand And Foot, a song about tae kwan do. Fans of Michael Head and the Strands, The Clientele and Felt - and everyone who's ever drawn the conclusion that Love's Forever Changes is one of the greatest albums - will love Argentina's Hacia Dos Veranos.
They're making their long-awaited return to the UK stage at the hangover lounge on January 22. It's going to be pretty special. In the meantime, have a listen to: 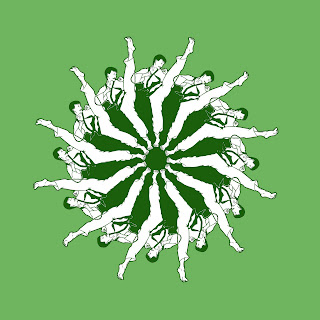 "my older brother used to do tae kwon do some good years ago and apparently he wasn't bad: he even earned second place in a tournament -something that, considering my family's sports record, ranks as one of the greatest accomplishments in our family history. i think this song should be a tribute to him and to all the older brothers in the world who had earned second place at a martial arts tournament, including the bad kid who got beaten by ralph macchio at the end of "the karate kid": he must have had younger siblings as well."

written by ignacio aguiló
recorded and mixed by diego martínez at estudio nomiresahora (buenos aires, argentina, 2011).
Posted by wiaiwya at 15:09