One Fathom Down - Exodus (Shooting)

who are these mysterious men in black?... The psychosurf love child of a dirty three way between Dick Dale, Poison Ivy and Link Wray was born on the sixteenth day of the sixteenth month of the sixteenth year, and grew into the mutated sixteen fingered beast seen only in the echo of the catacombs one fathom down below the Rendezvous Ballroom. 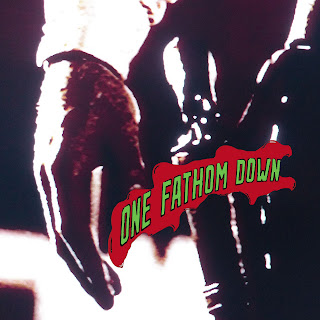 "We like the idea of shooting. Ties in nicely with the guitar don't you think? We're far from "hip young gunslingers" but if Bo Diddley can be one then why not us? When they make 'Firing Silver Bullets fom a Loaded Guitar" an Olympic event we'll be rushing straigh to the front of the queue." - Dan Down


Written by Ernest Gold (from the 1960 film of the same name starring Paul Newman.)
Recorded by Ellis Gardiner at his studio in north London, and mixed by Tony at Tony's Place
Posted by wiaiwya at 23:45

Email ThisBlogThis!Share to TwitterShare to FacebookShare to Pinterest
Labels: compilation, exodus, global pop sportsday, it's the taking part that counts, one fathom down, wiaiwya